Note:  This section showcases the unique units and heroes available to the Minor Factions in Thrawn’s Revenge.  In some cases they may also have access to some of the same units used by the main playable factions.  This is especially true of the Imperial Warlords and the Duskhan League (who both have access to Imperial technology). 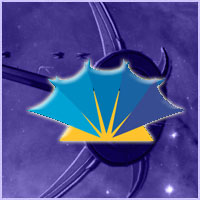 The Hapes Cluster was first settled over four thousand years ago by a group of pirates who discovered safe transit routes through the Transitory Mists.  The pirates, known as the Lorell Raiders, established a base on Hapes and brought back all kinds of treasure, along with beautiful women abducted from across the galaxy.

The women remained on Hapes to raise children while the men continued their pirate raids on shipping outside the cluster; until a fateful battle between the Lorell Raiders and the combined forces of the Jedi Order and Galactic Republic destroyed the pirate fleet and left the women and children cut off from the rest of the galaxy.

The women left behind vowed that no man would rule them again and formed a new society with a government led by a single woman given the title of Queen Mother.


For over three thousand years the Hapes Consortium maintained its isolation from outside influences as it expanded throughout the cluster and colonized more of the rich worlds.  Finally, in 8 ABY, the Consortium opened its borders as it treated with the New Republic with an eye towards a potential alliance.

Note:  Due to their extended isolation Hapan turbolaser weaponry is significantly outdated and takes at least twice as long to recharge as the more modern models employed by the rest of the galaxy. 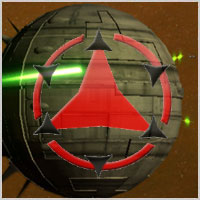 The Duskhan League, originally established as the Yevethan Protectorate, was a political federation comprised of N’zoth and the other eleven Yevethan colonies, collectively known as “The Twelve”, settled by their sublight starships.

A highly xenophobic and isolationist species, the first major confrontation between the Yevetha and other species came when the Galactic Empire seized control of the Koornacht Cluster and established a series of shipyards on N’zoth and nearby planets.

Taking note of the speed at which the Yevethans mastered new technologies, the Empire proceeded to enslave the populace and put them to work as skilled labour in its shipyards, building, repairing and modifying vessels of the Imperial Starfleet.

After the Battle of Endor caused the fragmentation of the Empire, Ysanne Isard recalled much of the Imperial fleet to defend the Core Worlds, including those of Black Sword Command in the Koornacht Cluster.  Before the Imperials were able to complete their withdrawal and destroy the shipyards, the Yevethans staged an uprising and succeeded in capturing intact the entire task force, including a Super Star Destroyer.

Making use of the technical skills developed during their decades of slavery, the newly reformed Duskhan League set about developing new starships of its own before seeking to expand beyond the cluster and cleanse the galaxy of other species. 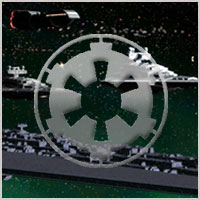 The death of Emperor Palpatine at the Battle of Endor, and the loss of the Executor and second Death Star at the hands of the Rebel fleet, sent shockwaves rippling through the Imperial establishment.

With no-one in a position to take the Imperial throne many formerly loyal officers, including Grand Admirals and Moffs, decided that their best option to was to strike out on their own, using the ships under their command to secure territory and resources and forge their own personal fiefdoms.

The first to defect was Admiral Harrsk.  Present at the Battle of Endor, he refused to obey the commands of a junior officer who had inherited command of the fleet after the destruction of the Executor.  As news of the Emperor’s death trickled out others followed, including Admirals Krennel, Delvardus and Teradoc along with Warlord Zsinj.

Although the title of Warlord was originally a ceremonial rank awarded to high-ranking officers by the Emperor, including Grand Admiral Thrawn and Grand Moff Zsinj, it became generally associated with surviving Imperial military and political leaders after Endor, many of whom unilaterally styled themselves as Warlords or used other similarly grand titles.