« on: July 17, 2020, 11:48:45 AM »
I've been trying to play multiplayer  with someone over the internet, but when i create a game, it doesn't matter whether we play "Thrawns campaign - empire vs new republic" or the other map Text_Campaign_Multi_Isard's_Revenge, its unplayable. When we load up a map, we can only build land based units on the planets. When we click on the buttons to change the build tree nothing happens, although if we continue to click on the right corner of the bottom left button it sometimes switches to ship build. If you need more info, i'll be glad to provide more.

« on: June 23, 2020, 11:05:56 AM »
Playing Art of War (I think) GC as New Republic, era 1. Attacked the Empire at Ord Mantel on the ground. I first landed with a group of New Republic soldiers. However, instead of starting at the typical CP, the troopers instead spawned in the bottom-left corner of the map, without any CPs under my control. The objective log also said that the Twi'leks had allied themselves "with the consortium."

Once I captured a CP, though, everything else worked as typical.

(The Imperial garrison was also struggling with attacking the rightmost Twi'lek building, but that was probably just the terrain and not an actual glitch.)


Btw, thanks for making such a great mod! I'm amazed by how few bugs there are.

« on: November 28, 2019, 10:13:27 AM »
Currently playing through art of war as the Greater Maldrood, the cygnus corporation building seems to only give a discount to the gun boat when the building description states that both the gun and missile boats should receive the discount

-EotH shipyards from level 2 onward do not spawn their light frigate garrison.  It looks like they are still set to (try to) spawn Decimator cruisers, which AFAIK have been removed from the EotH roster and/or the game.
-EotH hangar spawns seem to be in reverse order.  Which is to say, it's common for me to see Scarsiss/Furion spawns during Eras 1-3, but they then disappear from ship hangar spawns during Eras 4-5, when they should be introduced.  EDIT: Some ships still spawn Scarsiss and the occasional Furion squadron in Era 4-5, including Stent's ASD.  Unsure if it's a faction-wide issue or if it just affects specific ships.
-Thomork in the Crimson Empire campaign lacks a space map.  The only way to fight there is via auto-resolve.  EDIT: This is not the case with Thomorsk in the Deep Core campaign.  Will try the CE campaign again to see if it's fixed.
-The IR AI can trigger early era changes just as the player can, but sometimes the option "persists" and can be added to a fleet, taking on the appearance of a damaged Carrack cruiser.
-Not really a bug as such, but General Veers can spawn in the Empire during Era 3 at the same time that he may still be alive in the Eriadu Authority.  As such, it is possible over the course of an era-progressive campaign for Veers to fight himself. 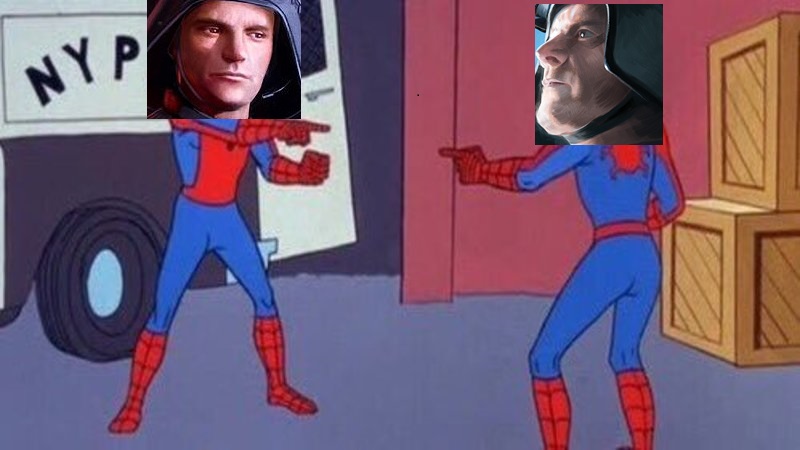 Pic related, thanks to a friend of mine for the meme.

« on: September 07, 2019, 03:20:05 PM »
I've been having an odd issue crop up and haven't seen anything on how to fix it.  Basically, I can't save.  When running a galactic campaign I can occasionally save one time on a file but any subsequent saves will not work.  The game freezes and becomes completely unresponsive and has to be manually shut down.  The attempted save then becomes corrupted and crashes the game when loaded.  My brother runs the same mod and hasn't had this problem and I have attempted reinstalling the game to fix it.  Both my brother and I use the Steam version so I don't know if this is having an effect.  My first instinct might be my OS but I don't know if that has any true bearing (I use win7 and my bro uses win10).  I don't believe this to be a hardware or software issue on my end but I can't see any other overt reason that is causing this problem for me and not my brother.  If anyone else has had this problem I would really appreciate some advice.  Just to clarify, this issue only started after the 2.3 update, I did not have any saving issues before this.

Somebody killed Thrawn or we hit the week limit and the game jumped to era 4 l, skipping era 3.  Lost Mon Motha and never gained Leia as well.  The only hero I gained was Ackbar's Galactic Voyager. I feel I should have gained some more heros with this jump.

« on: August 12, 2019, 02:12:30 PM »
Hi, I recently made the switch to Era 2 by building Thrawn, and after a little while the game appears to be locked on pause. Pressing the pause button or the fast forward button achieves nothing, and closing the game and reloading the save hasn't helped. I can't move any fleets ,the little graphics on the trade routes between my planets aren't moving (as they do on pause) but there's no red "resume" button on the top. I can queue building and rearrange fleets on planets just like on pause, but I can't actually invade anyone.

I'm bummed because I've just about got Thrawn ready to go, but I can't actually do anything in game. Has anyone else hit an issue like this? Is it a problem with the base game maybe? Is there any hope to rescue my save?

« on: July 15, 2019, 03:50:22 AM »
I was playing Art Of War default era on Admiral as Eriadu Authority. I invaded Bespin and landed 2-M tanks, Maximilian Veers in his AT-AT and another AT-AT and deployed both storm troopers. As my forces were moving out and engaging, the 2-M tanks targeted and killed my own infantry deployed by the AT-AT but I don't know if it was from Veers or the other one (or both). I had already taken multiple other planets at this point and had deployed Veers along with AT-AT and 2-M before and this is the first time I noticed the tanks targeting my infantry.

« on: July 15, 2019, 03:33:31 AM »
Please report any bugs that you find in 2.3 here. Please also refrain from double-reporting issues that have already been posted except to add more information.
Those working on this mod do so in their own free time and for no pay.
Show your support for them by enabling ads on this site!